Exclusive: Interpol believes the 50 suspects, all Tunisian nationals, may be attempting to reach other European countries

Interpol has circulated a list of 50 suspected Islamic State fighters who it believes have recently landed in Italy by boat, and may be attempting to reach other European countries.

The list, obtained by the Guardian, was drafted by the general secretariat of the international police organisation. It was sent on 29 November to the Italian interior ministry, which subsequently distributed it to national anti-terrorism agencies across Europe.

The suspects listed are all Tunisian nationals, some of whom were identified by officials when they landed in Italy. The document shows their first names, surnames and dates of births.

Around 5,500 Tunisians were believed to have traveled to Isis territory in Syria and Iraq to fight for the terror group, according to UN estimates – more than any other country. Now, after the collapse of its “caliphate,” governments have expressed concern that former fighters may try to mount attacks in Europe. 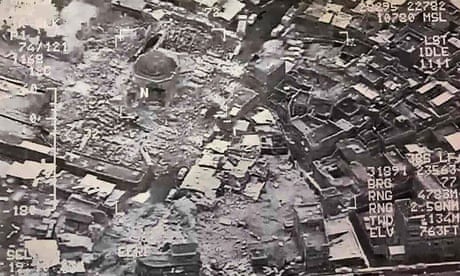 Four of the suspected Isis fighters on the Interpol list are already known to European intelligence agencies. One of them “may have already crossed the Italian-French border, to reach Gard, a department in southern France, in the Occitanie region,” the agency says.

“According to the information obtained in the field of international cooperation, the Tunisian citizens are linked to Isis/Daesh and would have reached Europe aboard unidentified boats,” it added.

Last July, the Guardian obtained an Interpol list of 173 suspected Islamic State fighters, which the agency said could have been trained to mount attacks in Europe, as revenge for the group’s military defeats in the Middle East.

“Interpol regularly sends alerts and updates to its national central bureaux (NCB) on wanted terrorists and criminals via the agency’s secure global police communications network,” a spokesman for Interpol told the Guardian at the time.

A European counter-terrorism officer told the Guardian that the Tunisians on the most recent list are believed to have arrived in Sicily between July and October 2017 on fishing boats or small vessels that were then abandoned on the beach.

Torre Salsa beach in Agrigento has recently become one of the most popular landing points for Tunisian migrants attempting to reach Europe. Most depart from Ben Guerdane, a Tunisian city on the border with Libya, where Isis clashed with the Tunisian army in 2016, killing at least 28 people.

Tunisians, many of who are economic migrants, are packed on the small boats and mainly disembark on the beach at night, 20 or 30 at a time. The groups disappear into the countryside, a few miles from the coast, avoiding the Italian coastguard and police controls.

Local authorities call these arrivals “ghost landings” and believe more than 3,000 Tunisians have secretly landed on the coast of Agrigento since July. Of these, the police managed to block and identify only 400 people.

Serbia’s Otpor! The Dishonest Career of the Remarkable Srđa Popović. Who is Slobodan Đinović?

Luigi Patronaggio, Agrigento’s chief prosecutor, said “investigators cannot exclude that, behind these ghost journeys, they may be jihadi loyalists hidden amongst the people travelling into Sicily”.

Since October, the Italian government has been implementing a counter-terrorism strategy, using naval patrols to prevent the “ghost landings’’ along the Sicilian coast.

“We do not know what they were doing before they got here, we do not really know who they are and where they were before they arrived in Sicily,” Salvatore Vella, a prosecutor in Agrigento, and head of investigations, told the Guardian. “Certainly there are those who do not want to be identified. They do not want their prints to be recorded … For this reason, if you are terrorist, illegally landing in Agrigento is the safest way to get to Europe.”

Vella says the boats that arrive from Tunisia are very different to the vessels used by Libyan people smugglers. “The boats they travel with have nothing to do with the crumbling migrant boats coming from Libya,” he said. “The Tunisians arrive with excellent boats, sturdy and sailed by experts who know the sea well.”

The Italian interior ministry, which customarily does not comment on leaked documents, said in a statement it was not aware of an Interpol list of 50 suspected Isis fighters. “A few numbers of suspected Tunisian terrorists have been identified and sent back with the help of the Tunisian government,” it said.

The ministry later admitted it knew of the document, adding that it was “just an alert”. The interior minister, Andrea Minniti, said in October that fighters were likely to have come to Italy on boats.

According to data from Italy’s interior ministry, over 5,500 Tunisians arrived and were identified in Italy in 2017. The country has repatriated 2,193 of those people, via twice-weekly flights from Palermo.

Many Tunisian arrivals are categorised by Italian authorities as economic migrants and are are forced, at least on paper, to leave the country within seven days.

Every year, Italy spends about 3.5m euros on repatriations to Tunisia, but authorities struggle to send arrivals home within seven days. As a result, many stay in repatriation centres for months, and often flee north.

In December 2016, 24-year-old Tunisian Anis Amri killed 12 people and injured 56 more when he drove a lorry into the crowds at a Christmas market in Berlin. Five years earlier Amri had paid for an illegal boat journey to Europe, arriving first on the Italian island of Lampedusa. 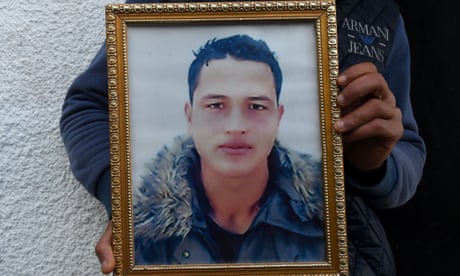 After spending several months in six Sicilian prisons for aggravated assault, where he is believed to have been radicalised, he escaped after receiving a deportation order. He reached Germany where, despite being under surveillance, he launched the deadly attack in the name of Isis. He was killed at a police check-point three days later.

… we have a small favor to ask. More people are reading the Global Media Planet INFO than ever but advertising revenues across the media are falling fast. And unlike many news organisations, we haven’t put up a paywall – we want to keep our journalism as open as we can. So you can see why we need to ask for your help. The Global Media Planet INFO's independent, investigative journalism takes a lot of time, money and hard work to produce. But we do it because we believe our perspective matters – because it might well be your perspective, too.

I appreciate there not being a paywall: it is more democratic for the media to be available for all and not a commodity to be purchased by a few. I’m happy to make a contribution so others with less means still have access to information.Thomasine F-R.

If everyone who reads our reporting, who likes it, helps fund it, our future would be much more secure. For as little as $1, you can support the Global Media Planet INFO – and it only takes a minute. Thank you.

If you’re able, and if you like our content and approach, please support the project. Our work wouldn’t be possible without your help… PayPal: GlobalMediaPlanet@gmail.com or via: https://www.paypal.me/GlobalMediaPlanet

It's time to take back control from YouTube and Amazon !!!