Some 7,000 armed police in heavy vehicles surrounded the Incirlik air base used by NATO forces in Adana in what a Turkish minister called a “security check.” With no official explanation, speculations have arisen about a new coup attempt or VIP visit.

Hurriyet reported earlier that Adana police had been tipped off about a new coup attempt, and forces were immediately alerted. The entrance to the base was closed off.

Security forces armed with rifles and armored TOMA vehicles used by Turkish riot police could be seen at the site in photos taken by witnesses. 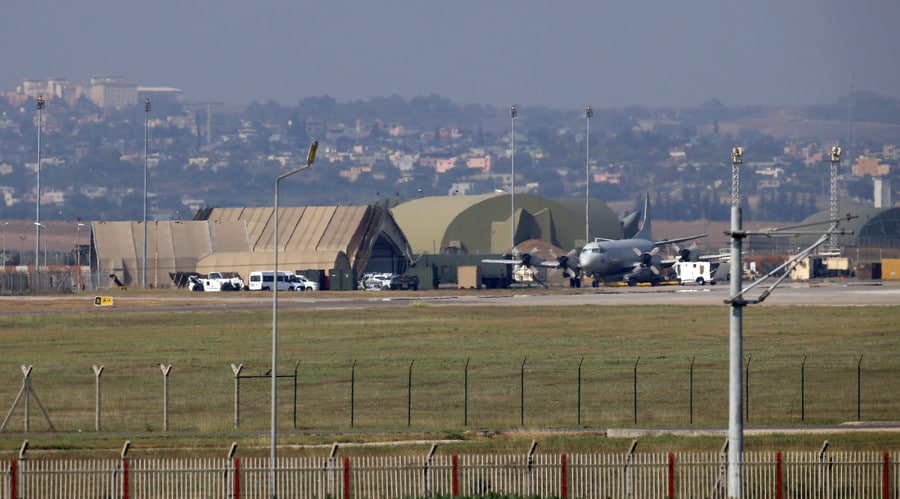 @Brasco_Aad Pro Erdogan/AKParti supporters (civilians) are trying to get near the air base, but are being held back by Military Police

Turkey’s minister for EU Affairs downplayed the situation in a Twitter post, saying a “security inspection” was carried out.

“We did the general security check. There is nothing wrong,” he tweeted from Adana.

Some supporters of Turkish President Recep Tayyip Erdogan have reportedly flocked to the cordon surrounding the base. The scene, however, did not appear as massive and tense as the recent Adana protests demanding for the base to be shut down.

On Thursday, a huge rally marched towards the NATO base, as people with loudspeakers chanted anti-American and anti-Israel slogans. The demonstrators claim that the US had a hand in the failed July 15 coup attempt in which 270 people died. Tens of thousands people, including members of the military, police, judiciary, media, and civil service, have been arrested in connection with the coup, which Turkish officials say was organized by US-based cleric Fethullah Gulen, Erdogan’s former ally, who is now his most hated rival.

In the wake of the coup attempt, several military officials at the Incirlik Air Base, including its commander, General Bekir Ercan Van, were arrested on treason charges by Turkish authorities, which claimed that one of the rogue F-16 planes taking part in the rebellion to overthrow Erdogan’s government had been refueled there.

The general had even reportedly attempted to seek asylum in the US, but his plea was apparently rejected.

Incirlic Air Base is used by both the Turkish and US militaries and is vital to the US-led anti-terror bombing campaign in Syria and Iraq. It also serves as one of six NATO storage sites for US tactical nuclear weapons in Europe. The exact number of nuclear bombs kept at the base is unknown, although, according to various estimates, it may store up to 90 warheads.

The US-led coalition’s airstrikes had to be halted for several days when power was cut at the base. US military personnel stationed there had to switch to an internal power supply.

READ MORE: Local authorities block access to air base in Turkey that houses US nukes

The “inspection” at the base comes as the Turkish government announced a sweeping military reform on Saturday. In an interview with TV broadcaster A-Haber, Erdogan unveiled plans to scrap all military academies and replace them with a new national defense university.

The commanders of the different branches of the Turkish armed forces are to be put under the defense minister’s chain of command. In addition, Erdogan wants the National Intelligence Organization (MIT) and military chief of staff to report directly to him, which would require a new constitutional amendment to be passed by the parliament.

Communication with #Incirlik has been cutoff. Cannot reach them by email or phone. pic.twitter.com/s8GZrlBMPp

It also comes on the eve of a visit from a top US military official, chairman of the Joint Chiefs of Staff Joseph Dunford, who is scheduled to arrive in Turkey on Sunday. Diplomatic sources quoted by Hurriyet claim Dunford will go visit both Ankara and Incirlik.

At this time, it looks like #Incirlik is readying for either a VIP or inspection. We are not finding any evidence of a coup or takeover.

Three things cannot be long hidden: the sun, the moon, and the truth!

Keep Us Alive With A Donation